Indian religion founded itself on the conception of a timeless, nameless and formless Supreme, but it did not feel called upon, like the narrower and more ignorant monotheisms of the younger races, to deny or abolish all intermediary forms and names and powers and personalities of the Eternal and Infinite. A colourless monism or a pale vague transcendental Theism was not its beginning, its middle and its end. The one Godhead is worshipped as the All, for all in the universe is he or made out of his being or his nature. But Indian religion is not therefore pantheism; for beyond this universality it recognises the supracosmic Eternal. Indian polytheism is not the popular polytheism of ancient Europe; for here the worshipper of many gods still knows that all his divinities are forms, names, personalities and powers of the One; his gods proceed from the one Purusha, his goddesses are energies of the one divine Force. Those ways of Indian cult which most resemble a popular form of Theism, are still something more; for they do not exclude, but admit the many aspects of God. Indian image-worship is not the idolatry of a barbaric or undeveloped mind; for even the most ignorant know that the image is a symbol and support and can throw it away when its use is over….. 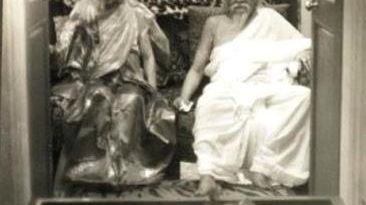 Do not cling but go farther

The Spiritual Aim of Indian Civilization