Instead of growing sad and telling yourself, “Oh, there is still another defect”, you should, on the contrary, rejoice as if you had made a wonderful acquisition, because you have just caught hold of one of those things that prevented you from progressing. And once you have caught hold of it, pull it out! For those who practise a yogic discipline consider that the moment you know that a thing should not be, you have the power to remove it, discard it, destroy it.

To discover a fault is an acquisition. It is as though a flood of light had come to replace the little speck of obscurity which has just been driven out.

When you follow a yogic discipline, you must not accept this weakness, this baseness, this lack of will, which means that knowledge is not immediately followed by power. To know that a thing should not be and yet continue to allow it to be is such a sign of weakness that it is not accepted in any serious discipline, it is a lack of will that verges on insincerity. You know that a thing should not be and the moment you know it, you are the one who decides that it shall not be. For knowledge and power are essentially the same thing—that is to say, you must not admit in any part of your being this shadow of bad will which is in contradiction to the central will for progress and which makes you impotent, without courage, without strength in the face of an evil that you must destroy.

To sin through ignorance is not a sin; that is part of the general evil in the world as it is, but to sin when you know, that is serious. It means that there is hidden somewhere, like a worm in the fruit, an element of bad will that must be hunted out and destroyed, at any cost, because any weakness on such a point is the source of difficulties that sometimes, later on, become irreparable

Focus on your good nature too 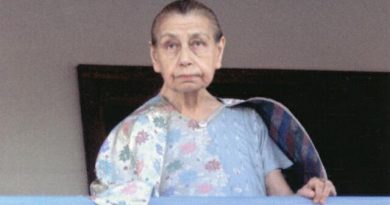 Self Justification in quarrels