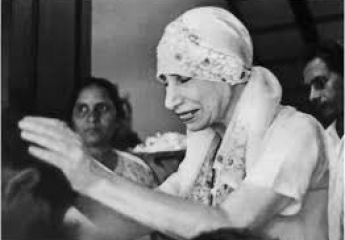 The fact that you don’t feel a force does not prove that it is not there. The steam-engine does not feel a force moving it, but the force is there. A man is not a steam-engine? He is very little better, for he is conscious only of some bubbling on the surface which he calls himself and is absolutely unconscious of all the subconscient, subliminal, superconscient forces moving him. (This is a fact which is being more and more established by modern psychology though it has got hold only of the lower forces and not the higher, so you need not turn up your rational nose at it.) He twitters intellectually (= foolishly) about the surface results and attributes them all to his “noble self”, ignoring the fact that his noble self is hidden far away from his own vision behind the veil of his dimly sparkling intellect and the reeking fog of his vital feelings, emotions, impulses, sensations and impressions……

….Our aim is to bring the secret forces out and unwalled into the open so that instead of getting some shadows or lightnings of themselves out through the veil or being wholly obstructed they may “pour down” and “flow in a river”. But to expect that all at once is a presumptuous demand which shows an impatient ignorance and inexperience. If they begin to trickle at first, that is sufficient to justify the faith in a future downpour…..

…That is sufficient to blow the rest of your Jeremiad into smithereens; it proves that the force was and is there and at work and it is only your sweating Herculean labour that prevents you feeling it. Also it is the trickle that gives assurance of the possibility of the downpour. One has only to go on and by one’s patience deserve the downpour or else, without deserving, stick on till one gets it. In Yoga itself the experience that is a promise and foretaste but gets shut off till the nature is ready for the fulfilment is a phenomenon familiar to every Yogin when he looks back on his past experience…..

….It does not matter if you have not a leechlike tenacity—leeches are not the only type of Yogins. If you can stick anyhow or get stuck that is sufficient.

The fact that you are not Sri Aurobindo (who said you were?) is an inept irrelevance. One needs only to be oneself in a reasonable way and shake off the hump when it is there or allow it to be shaken off without clinging to it with a “leechlike tenacity” worthy of a better cause. All the rest is dreary stuff of the tamasic ego. As there is a rajasic ego which shouts “What a magnificent powerful sublime divine individual I am, unique and peerless” (of course there are gradations in the pitch,) so there is a tamasic ego which squeaks “What an abject, hopeless, worthless, incapable, unluckily unendowed and uniquely impossible creature I am,—all, all are great, Aurobindos, Dilips, Anilkumars (great by an unequalled capacity of novel-reading and self-content, according to you), but I, oh I, oh I!” That’s your style. It is this tamasic ego (of course it expresses itself in various ways at various times, I am only rendering your present pitch) which is responsible for the Man of Sorrows getting in. It’s all bosh—stuff made up to excuse the luxury of laziness, melancholy and despair. You are in that bog just now because you have descended faithfully and completely into the inert stupidity and die-in-the-mudness of your physical consciousness which, I admit, is a specimen! But so after all is everybody’s, only there are different kinds of specimens.

What to do? Dig yourself out if you can; if you can’t, call for ropes and wait till they come. If God knows what will happen when the Grace descends, that is enough, isn’t it? That you don’t know is a fact which may be baffling to your—well, your intelligence, but is not of great importance—any more than your supposed unfitness. Who ever was fit, for that matter—fitness and unfitness are only a way of speaking; man is unfit and a misfit (so far as things spiritual are concerned)—in his outward nature. But within there is a soul and above there is Grace. “This is all you know or need to know” and, if you don’t, well, even then you have at least somehow stumbled into the path and have got to remain there till you get haled along it far enough to wake up to the knowledge. Amen. 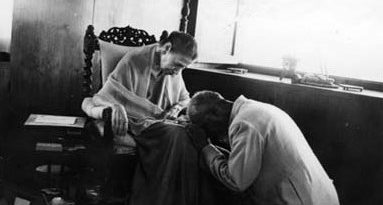 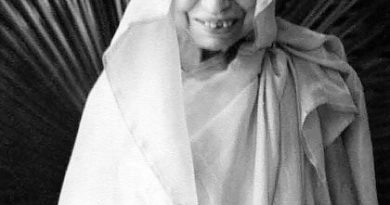 Let nothing disturb the faith