“To question, to resist in some part of the being increases trouble and difficulties.”

For instance, when the guru tells you to do something, if you begin to ask, “Why should I do it? What is the necessity of doing it? Explain to me what I must do. Why do I have to do it?” This is called questioning.

To resist means to try to evade the order and not accomplish it. So naturally this increases the difficulties very much. There is the explanation later. Sri Aurobindo says that this was the reason why an absolute unquestioning surrender was demanded; no argument was allowed in those days. You were told, “Do this”; it had to be done. You were told, “Don’t do it”; it had not to be done, and nobody had the right to ask why. If one didn’t understand, so much the worse for him.

It’s not like that here. You have the right to ask all that you want. Only, it is true that there are times when it doesn’t help.

If one begins to argue in his mind, “Why have we been told to do this? Why are we told not to do that?” and so on, this does not help. It increases difficulties very much, it hardens the consciousness, it puts a thick shell over it and so prevents it from being receptive. It is as though you were putting a varnish upon something to prevent its being touched.

Escaping the law of horoscopes 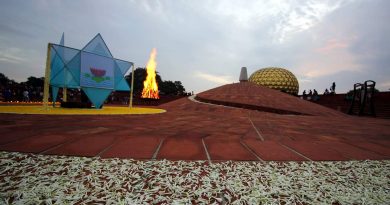