If someone falls seriously ill, is this a purely physical phenomenon or is it a difficulty in his spiritual life?

That depends on the person! If it is someone who is doing yoga, it is quite obviously a difficulty in his spiritual life. If it is somebody who is not at all engaged in yoga and who lives an ordinary life in the most ordinary manner, it is an ordinary accident. It depends absolutely on the person. The outer phenomena may be similar, but the inner causes are absolutely different. No two illnesses are alike, though labels are put on diseases and attempts made to group them; but in fact every person is ill in his own way, and his way depends on what he is, on his state of consciousness and the life he leads.

We have often said that illnesses are always the result of a disturbance of equilibrium, but this disturbance can occur in completely different states of being. For the ordinary man whose consciousness is centred in the physical, outer life, it is a purely physical disturbance of equilibrium, of the functioning of the different organs. But when behind this purely superficial life, an inner life is being fashioned, the causes of illness change; they always become the expression of a disequilibrium between the different parts of the being: between the inner progress or effort and the outer resistances or conditions of one’s life, one’s body.

Even from the ordinary external point of view, it has been recognised for a very long time that it is a fall in the resistance of the vitality due to immediate moral causes which is always at the origin of an illness. When one is in a normal state of equilibrium and lives in a normal physical harmony, the body has a capacity of resistance, it has within it an atmosphere strong enough to resist illnesses: its most material substance emanates subtle vibrations which have the strength to resist illnesses, even diseases which are called contagious—in fact, all vibrations are contagious, but still, certain diseases are considered as especially contagious. Well, a man who, even from the purely external point of view, is in a state in which his organs function harmoniously and an adequate psychological balance prevails, has at the same time enough resistance for the contagion not to affect him. But if for some reason or other he loses this equilibrium or is weakened by depression, dissatisfaction, moral difficulties or undue fatigue, for instance, this reduces the normal resistance of the body and he is open to the disease. But if we consider someone who is doing yoga, then it is altogether different, in the sense that the causes of disequilibrium are of a different nature and the illness usually becomes the expression of an inner difficulty which has to be overcome.

So each one should find out for himself why he is ill.

From the ordinary point of view, in most cases, it is usually fear—fear, which may be mental fear, vital fear, but which is almost always physical fear, a fear in the cells—is fear which opens the door to all contagion. Mental fear—all who have a little control over themselves or any human dignity can eliminate it; vital fear is more subtle and asks for a greater control; as for physical fear, a veritable yoga is necessary to overcome it, for the cells of the body are afraid of everything that is unpleasant, painful, and as soon as there is any unease, even if it is insignificant, the cells of the body become anxious, they don’t like to be uncomfortable. And then, to overcome that, the control of a conscious will is necessary. It is usually this kind of fear that opens the door to illnesses. And I am not speaking of the first two types of fear which, as I said, any human being who wants to be human in the noblest sense of the word, must overcome, for that is cowardice. But physical fear is more difficult to overcome; without it even the most violent attacks could be repelled. If one has a minimum of control over the body, one can lessen its effects, but that is not immunity. It is this kind of trembling of material, physical fear in the cells of the body which aggravates all illnesses.

Some people are spontaneously free from fear even in their body; they have a sufficient vital equilibrium in them not to be afraid, not to fear, and a natural harmony in the rhythm of their physical life which enables them to reduce the illness spontaneously to a minimum. There are others, on the other hand, with whom the thing always becomes as bad as it can be, sometimes to the point of catastrophe. There is the whole range and this can be seen quite easily. Well, this depends on a kind of happy rhythm of the movement of life in them, which is either harmonious enough to resist external attacks of illness or else doesn’t exist or is not sufficiently powerful, and is replaced by that trembling of fear, that kind of instinctive anguish which transforms the least unpleasant contact into something painful and harmful. There is the whole range, from someone who can go through the worst contagion and epidemics without ever catching anything to one who falls ill at the slightest chance. So naturally it always depends on the constitution of each person; and as soon as one wants to make an effort for progress, it naturally depends on the control one has acquired over oneself, until the moment when the body becomes the docile instrument of the higher Will and one can obtain from it a normal resistance to all attacks.

But when one can eliminate fear, one is almost in safety. For example, epidemics, or so-called epidemics, like those which are raging at present—ninety-nine times out of a hundred they come from fear: a fear, then, which even becomes a mental fear in its most sordid form, promoted by newspaper articles, useless talk and so on.

The Prevention of Illness 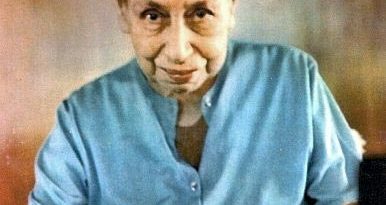