One of the very first results of the supramental manifestation was to give the body a freedom and an autonomy it has never before known. And when I say freedom, I don’t mean some psychological perception or an inner state of consciousness, but something else and far better – it is a new phenomenon in the body, in the cells of the body. For the first time, the cells themselves have felt that they are free, that they have the power to decide. When the new vibrations came and combined with the old ones, I felt it at once and it showed me that a new world was really taking birth.

In its normal state, the body always feels that it is not its own master: illnesses invade it without its really being able to resist them – a thousand factors impose themselves or exert pressure upon it. Its sole power is the power to defend itself, to react. Once the illness has got in, it can fight and overcome it – even modern medicine has acknowledged that the body is cured only when it decides to get cured; it is not the drugs per se that heal, for if the ailment is temporarily suppressed by a drug without the body’s will, it grows up again elsewhere in some other form until the body itself has decided to be cured. But this implies only a defensive power, the power to react against an invading enemy – it is not true freedom. But with the supramental manifestation, something new has taken place in the body: it feels it is its own master, autonomous, with its two feet solidly on the ground, as it were. This gives a physical impression of the whole being suddenly drawing itself up, with its head lifted high – I am my own master. 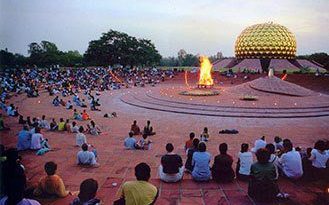 Re-establishing harmony in the body to cure illness