One understands very well that physical misery, the unequal distribution of the goods of this world could be changed, one can imagine economic and social solutions which could remedy this, but it is that misery, the mental misery, the vital perversion, it is that which cannot change, doesn’t want to change. And those who belong to this type of humanity are condemned in advance to disintegration. That is the meaning of original sin: the perversion which began with the mind.

That part of humanity, of human consciousness, which is capable of uniting with the supermind and liberating itself, will be completely transformed—it is advancing towards a future reality which is not yet expressed in its outer form; the part which is closest to Nature, to animal simplicity, will be reabsorbed into Nature and thoroughly assimilated. But the corrupted part of human consciousness which allows perversion through its misuse of the mind will be abolished.

Connecting with the consciousness within 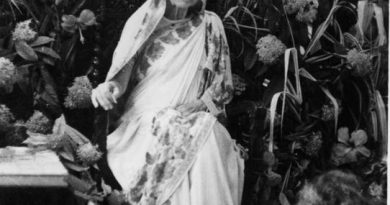 The Sanatana Dharma of India