The imagination is really the power of mental formation. When this power is put at the service of the Divine, it is not only formative but also creative. There is, however, no such thing as an unreal formation, because every image is a reality on the mental plane. The plot of a novel, for instance, is all there on the mental plane existing independently of the physical. Each of us is a novelist to a certain extent and possesses the capacity to make forms on that plane; and, in fact, a good deal of our life embodies the products of our imagination. Every time you indulge your imagination in an unhealthy way, giving a form to your fears and anticipating accidents and misfortunes, you are undermining your own future. On the other hand, the more optimistic your imagination, the greater the chance of your realising your aim. Monsieur Coué got hold of this potent truth and cured hundreds of people by simply teaching them to imagine themselves out of misery. He once related the case of a lady whose hair was falling off. She began to suggest to herself that she was improving every day and that her hair was surely growing. By constantly imagining it her hair really began to grow and even reached an enviable length owing to still further auto-suggestion. The power of mental formation is most useful in Yoga also; when the mind is put in communication with the Divine Will, the supramental Truth begins to descend through the layers intervening between the mind and the highest Light and if, on reaching the mind, it finds there the power of making forms it easily becomes embodied and stays as a creative force in you. Therefore I say to you never be dejected and disappointed but let your imagination be always hopeful and joyously plastic to the stress of the higher Truth, so that the latter may find you full of the necessary formations to hold its creative light.

The imagination is like a knife which may be used for good or evil purposes. If you always dwell in the idea and feeling that you are going to be transformed, then you will help the process of the Yoga. If, on the contrary, you give in to dejection and bewail that you are not fit or that you are incapable of realisation, you poison your own being. It is just on account of this very important truth that I am so tirelessly insistent in telling you to let anything happen but, for heavens sake, not to get depressed. Live rather in the constant hope and conviction that what we are doing will prove a success. In other words, let your imagination be moulded by your faith in Sri Aurobindo; for, is not such faith the very hope and conviction that the will of Sri Aurobindo is bound to be done, that his work of transformation cannot but end in a supreme victory and that what he calls the supramental world will be brought down on earth and realised by us here and now? 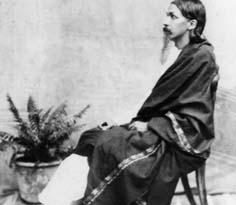 Keep Quiet in the mind