By wanting it to be very firm! (Laughter)

No, this seems like a joke… but it is absolutely true. One does not want it truly. There is always, if you… It is a lack of sincerity. If you look sincerely, you will see that you have decided that it will be like this, and then, beneath there is something which has not decided at all and is waiting for the second of hesitation in order to rush forward. If you are sincere, if you are sincere and get hold of the part which is hiding, waiting, not showing itself, which knows that there will come a second of indecision when it can rush out and make you do the thing you have decided not to do…

But one doesn’t know how to will it. In fact one doesn’t even want to. These are velleities: “Well, it is like this…. It would be good if it were like that… yes, it would be better if it were like that… yes, it would be preferable if it were like that.” But this is not to will. And always there at the back, hidden somewhere in a corner of the brain, is something which is looking on and saying, “Oh, why should I want that? After all one can as well want the opposite.” And to try, you see… Not like that, just wait… But one can always find a thousand excuses to do the opposite. And ah, just a tiny little wavering is enough… pftt… the thing swoops down and there it is. But if one wills, if one really knows that this is the thing, and truly wants this, and if one is oneself entirely concentrated in the will, I say that there is nothing in the world that can prevent one from doing it, from doing it or being obliged to do it. It depends on what it is.

One wants. Yes, one wants, like this (gestures). One wants: “Yes, yes, it would be better if it were like that. Yes, it would be finer also, more elegant.”… But, eh, eh, after all one is a weak creature, isn’t that so? And then one can always put the blame upon something else: “It is the influence coming from outside, it is all kinds of circumstances.”

The breath has passed, you see. You don’t know… something… a moment of unconsciousness… “Oh, I was not conscious.” You are not conscious because you do not accept… And all this because one doesn’t know how to will. 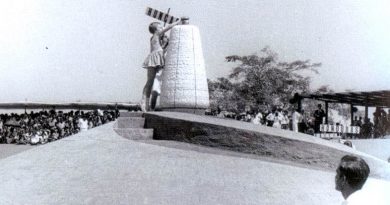 Waking up a will to conquer