Q: Mother, at times unpleasant thoughts come and disturb us. How can we get rid of them?

A: There are several methods. Generally—but it depends on people — generally, the easiest way is to think of something else. That is, to concentrate one’s attention upon something that has nothing to do with that thought, has no connection with that thought, like reading or some work—generally something creative, some creative work. For instance, those who write, while they are writing (let us take simply a novelist), while he is writing, all other thoughts are gone, for he is concentrated on what he is doing. When he finishes writing, if he has no control, the other thoughts will return. But precisely when a thought assails you, one can try to do some creative work; for example, the scientist could do some research work, a special study to discover something, something that is very absorbing; that is the easiest way.

Naturally, those who have begun to control their thought can make a movement of rejection, push aside the thought as one would a physical object. But that is more difficult and asks for a much greater mastery. If one can manage it, it is more active, in the sense that if you reject that movement, that thought, if you chase it off effectively and constantly or almost repeatedly, finally it does not come any more. But in the other case, it can always return. That makes two methods.

The third means is to be able to bring down a sufficiently great light from above which will be the “denial” in the deeper sense; that is, if the thought which comes is something dark (and especially if it comes from the subconscient or inconscient and is sustained by instinct), if one can bring down from above the light of a true knowledge, a higher power, and put that light upon the thought, one can manage to dissolve it or enlighten or transform it—this is the supreme method. This is still a little more difficult. But it can be done, and if one does it, one is cured – not only does the thought not come back but the very cause is removed.

The first step is to think of something else (but in this way, you know, it will be indefinitely repeated); the second is to fight; and the third is to transform. When one has reached the third step, not only is one cured but one has made a permanent progress.

Descent of the Divine Consciousness 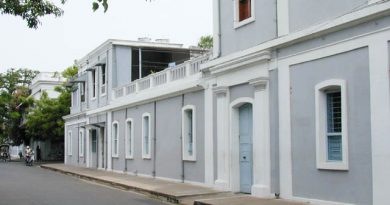