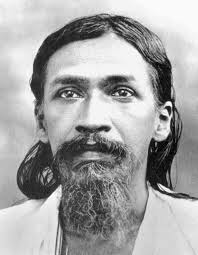 In the right view both of life and of Yoga all life is either consciously or subconsciously a Yoga. For we mean by this term a methodised effort towards self-perfection by the expression of the secret potentialities latent in the being and—highest condition of victory in that effort—a union of the human individual with the universal and transcendent Existence we see partially expressed in man and in the Cosmos. But all life, when we look behind its appearances, is a vast Yoga of Nature who attempts in the conscious and the subconscious to realise her perfection in an ever-increasing expression of her yet unrealised potentialities and to unite herself with her own divine reality. In man, her thinker, she for the first time upon this Earth devises selfconscious means and willed arrangements of activity by which this great purpose may  be more swiftly and puissantly attained.

Yoga, as Swami Vivekananda has said, may be regarded as a means of compressing one’s evolution into a single life or a few years or even a few months of bodily existence. A given system of Yoga, then, can be no more than a selection or a compression, into narrower but more energetic forms of intensity, of the general methods which are already being used loosely, largely, in a leisurely movement, with a profuser apparent waste of material and energy but with a more complete combination by the great Mother in her vast upward labour. It is this view of Yoga that can alone form the basis for a sound and rational synthesis of Yogic methods. For then Yoga ceases to appear something mystic and abnormal which has no relation to the ordinary processes of the World-Energy or the purpose she keeps in view in her two great movements of subjective and objective selffulfilment; it reveals itself rather as an intense and exceptional use of powers that she has already manifested or is progressively organising in her less exalted but more general operations.

Ref: The Synthesis of Yoga

The Call for the Path of Yoga