There are two principal things. This, the capacity for enthusiasm which makes one come out of his greater or lesser inertia in order to throw himself more or less totally into the thing which rouses him. As for instance, the artist for his art, the scientist for his science. And in general, every person who creates or builds has an opening, the opening of a special faculty, a special possibility, creating an enthusiasm in him. When this is active, something in the being awakens, and there is a participation of almost the whole being in the thing done.

There is this. And then there are those who have an innate faculty of gratitude, those who have an ardent need to respond, respond with warmth, devotion, joy, to something which they feel like a marvel hidden behind the whole of life, behind the tiniest little element, the least little event of life, who feel this sovereign beauty or infinite Grace which is behind all things.

I knew people who had no knowledge, so to say, of anything, who were hardly educated, whose minds were altogether of the ordinary kind, and who had in them this capacity of gratitude, of warmth, which gives itself, understands and is thankful.

Well, for them, the contact with the psychic was very frequent, almost constant and, to the extent that they were capable of it, conscious—not very conscious but a little—in the sense that they felt that they were carried, helped, uplifted above themselves.

These two things prepare people the most. They are born with one or the other; and if they take the trouble, it develops gradually, it increases.

We say: the capacity for enthusiasm, something which throws you out of your miserable and mean little ego; and the generous gratitude, the generosity of the gratitude which also flings itself in thanksgiving out of the little ego. These are the two most powerful levers to enter into contact with the Divine in one’s psychic being. This serves as a link with the psychic being—the surest link. 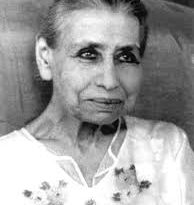