Attacks of illness are attacks of the lower nature or of adverse forces taking advantage of some weakness, opening or response in the nature,—like all other things that come and have got to be thrown away, they come from outside. If one can feel them so coming and get the strength and the habit to throw them away before they can enter the body, then one can remain free from illness. Even when the attack seems to rise from within, that means only that it has not been detected before it entered the subconscient; once in the subconscient, the force that brought it rouses it from there sooner or later and it invades the system. When you feel it just after it has entered, it is because though it came direct and not through the subconscient, yet you could not detect it while it was still outside. Very often it arrives like that, frontally or more often tangentially from the side, direct, forcing its way through the subtle vital envelope which is our main armour of defence, but it can be stopped there in the envelope itself before it penetrates the material body. Then one may feel some effect, e.g. feverishness or a tendency to cold, but there is not the full invasion of the malady. If it can be stopped earlier or if the vital envelope of itself resists and remains strong, vigorous and intact, then there is no illness; the attack produces no physical effect and leaves no traces.

All life is Yoga 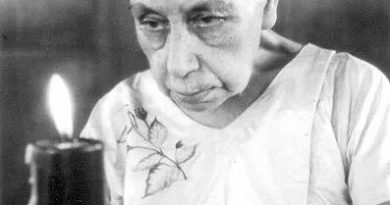 The power of the supramental force