It is impossible to write anything about my experience on 5 December 1950 [the day Sri Aurobindo left his body], when, holding me in his intimate embrace, Sri Aurobindo kissed me again and again. Those of his attendants who were present were a witness to that scene.

I mention it here only to emphasize how he responds to one’s aspiration – as I said earlier, since childhood I had aspired for the same intimacy with my Guru that Vivekananda had experienced with Sri Ramakrishna. That was the fulfilment of my aspiration.

Even now, in an ever increasing measure, Sri Aurobindo is showering his infinite Grace; its boundless action is felt everywhere and anywhere. Though he is not in his body, his response is even greater.

Prayer can change the destiny 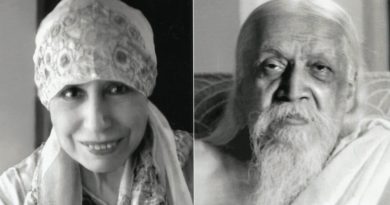 Realisation of the Divine upon earth