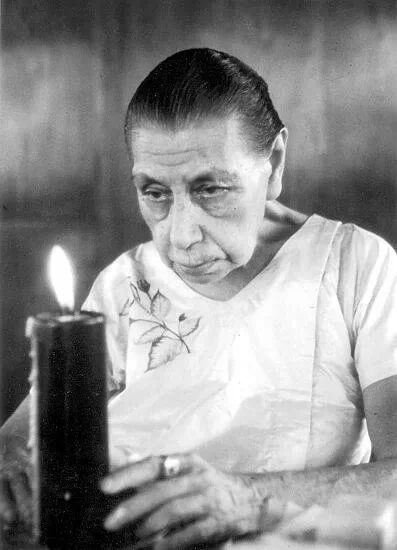 What does “inspired” mean?

It means receiving something which is beyond you, which was not within you; to open yourself to an influence which is outside your individual conscious being. Indeed, one can have also an inspiration to commit a murder!
In countries where they decapitate murderers, cut off their heads, this causes a very brutal death which throws out the vital being, not allowing it the time to decompose for coming out of the body; the vital being is violently thrown out of the body, with all its impulses; and generally it goes and lodges itself in one of those present there, men half horrified, half with a kind of unhealthy curiosity. That makes the opening and it enters within. Statistics have proved that most young murderers admit that the impulse came to them when they were present at the death of another murderer. It was an “inspiration”, but of a detestable kind. Fundamentally it is a moment of openness to something which was not within your personal consciousness, which comes from outside and rushes into you and makes you do something. This is the widest formula that can be given.

Now, generally, when people say: “Oh! he is an inspired poet”, it means he has received something from high above and expressed it in a remarkable manner. But one should rather say that his inspiration is of a high quality.

The true attitude when one is ill