One must identify oneself. And then, the little bit one gives, one wants to get back: one has a kind thought, one expects some recognition; one gives a little affection, one expects it from others… for one doesn’t have the ability to become the kind thought in everything, one doesn’t have the ability to be the affection, the tender love in all things. One feels just like that, all cut up and limited, and fears to lose everything, fears to lose what one has because one would be impoverished. 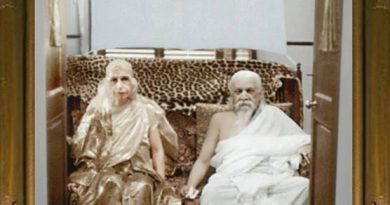 Service of the Divine